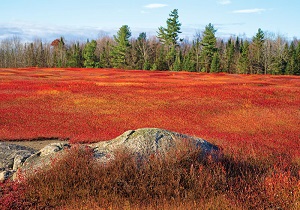 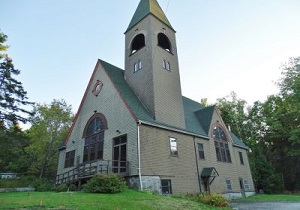 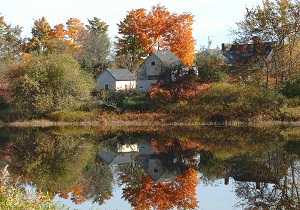 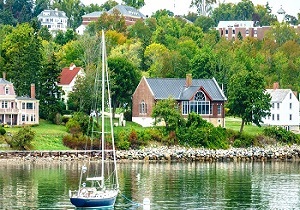 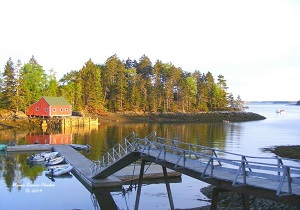 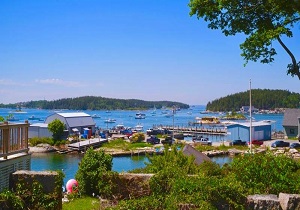 Abundant restaurants, museums, theaters, music, shops, galleries, antiques and more provide just the right amount of activity to complement this peaceful setting. Graced with the distinguished Haystack School of Crafts and Kneissel Hall of Music, among many other noteworthy establishments, the area has attracted a creative mix of craftspeople, artists, writers, photographers, and musicians, while preserving a treasured unpretentiousness that visitors and Mainers savor. All enjoyed from your Maine Oceanfront Vacation Rental!

Should you choose to venture off the island, Bar Harbor, Acadia, Camden, Ellsworth and many other premier tourist destinations are only a short drive away. Call us now for information on your Maine Coastal Vacation Rental!

Some History of Deer Isle

The Islands of Deer Isle are only a few among the thousands along Maine’s coastline. It is the second-largest; Mount Desert Island is the first.

Called the ‘sunken’ coast, Maine’s rocky appearance was created by the glacial impact of an ancient mountain range at the ocean’s edge during the ice age. The land in this part of Maine is very different. Much of it is sandy and characterized by blueberry barrens, massive granite boulders and rocky detritus.

Native Americans (traces of whom can still be found) were already scattered among the islands when the first Europeans came to settle in 1755. The settlers became accomplished boat builders, seafarers and fishermen, the descendants of whom continue to have a spiritual link to the sea.

The population slowly grew and in 1786 Nathaniel Scott would start a ferry service that provided access to the mainland across the Eggemoggin Reach. The ferry boat ran for over 150 years until the grand opening of the present-day suspension bridge on June 19, 1939; opening up the remote islands to the rest of the world. The bridge still stands as an impressive reminder that once crossed, you are entering into a wild and willful place. The only access by car, it is one of the longest and most daring suspension bridges in New England.

A successful fishing outing In 1895, the strong & able reputation of Deer Isle seamen was recognized throughout the world when the American yacht “Defender”, designed by the famed Nathanael Herreshoff and manned entirely by residents of Deer Isle, won the first Americas Cup. Four years later, the yacht “Columbia” and its crew, once again entirely from the Islands, defended the Cup and brought home victory.

The later 19th century also saw the founding of the first granite quarries. From 1869 to 1969 granite cut from the Islands went into such notable structures as the Boston Museum of Fine Arts, Smithsonian Institute, Manhattans major bridges, US Naval Academy and the Kennedy Memorial in Arlington National Cemetery. The evidence of the industry is apparent everywhere on the Islands, especially by boat or kayak. The site of huge, pink-tinged granite boulders with chunks, some the size of buses, cut from them tickles the imagination. Today, the New England Stone Company still harvest’s granite blocks from Crotch Island located about 6 miles off Stonington.

But it would be the harvest of the ever-present sea that would, and continues to be, the predominant provider. Island fishermen supplied a local canning industry and fish markets around the world. Their yield was mainly cod, haddock and mackerel as well as gathered shellfish. Lobsters were not considered the luxury food item they are in today’s society and at the time were two cents each, regardless of size.

Deer Isle is rich in history, much of which can still be explored today. Many of the homesteads ad structures found on the Islands are the originals or well over a hundred years old. The Country club and Deer Isle Yacht Club were both formed in the 1920s, as well as the first local bank, Union Trust Company.

The Deer Isle/Stonington Historical Association provides a wealth of information, the building itself, was once home to a direct descendant of a Mayflower Pilgrim, Salome Sellers. She was born in 1800 and lived to see the 20th century here on the islands. She was also the subject of fiction based on fact work by Caroline Smith Rittenhouse called ‘An Island Woman’.

Today, Deer Isle, with its old quarries, cemeteries, and unspoiled granite shores, is still a remote, but a well-known destination. It requires a bit of work and navigation to find yourself on the country road leading up and over the bridge, yet once you’ve arrived, you feel as though you’ve finally come home.